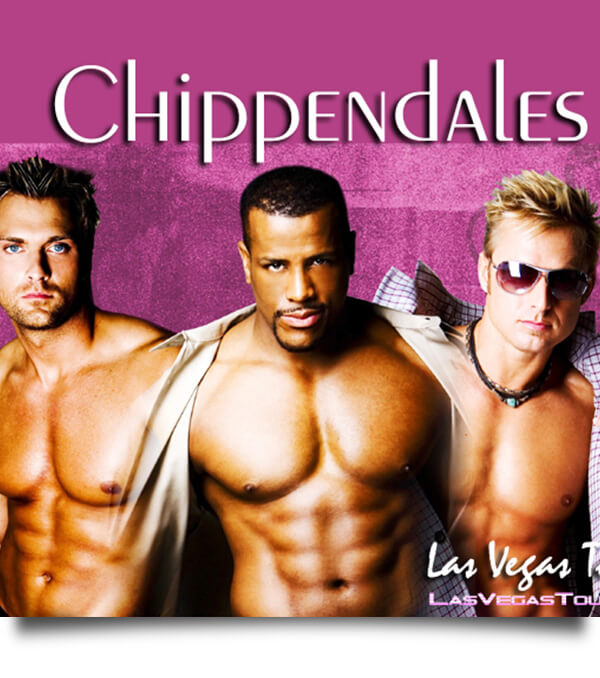 Chippendales Las Vegas is a mantastic, sex-god, abs party that will make you lose your damn mind… in the best way of course! The guys bring down the house (and drop trou) on stage at their very own theater in the Rio All Suites Hotel and Casino in Las Vegas. They go hard every night, and twice on weekends, so you and your friends can get some action whenever you need it. Whether you’re celebrating a Bachelorette bash or your own sheer awesomeness, you can meet your party match with the men of Chippendales. – See more at: http://www.chippendales.com/#sthash.WOZUnGpw.dpuf 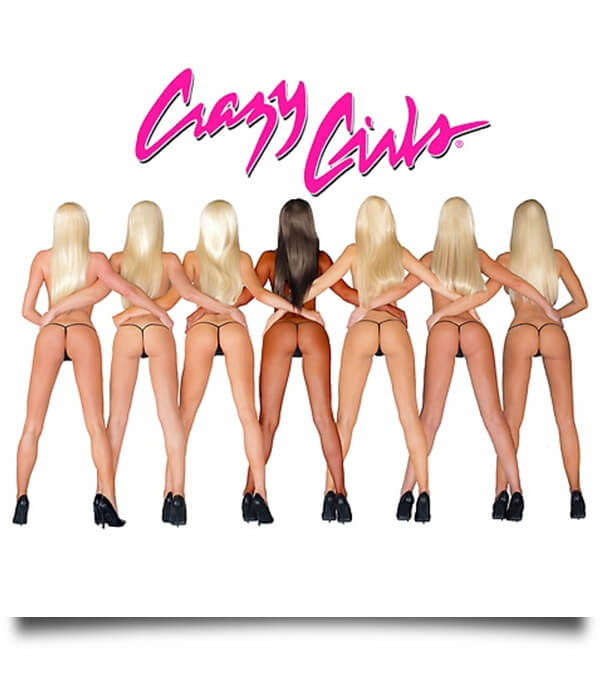 With it’s new move to residency at the Planet Hollywood Casino Resort, Crazy Girls is clearly a permanent fixture on the Las Vegas Strip. The ultra-sexy show has entertained millions of audience members, including famous faces including Nicolas Cage, Magic Johnson, Robert DeNiro, Joe Pesci and even Tom Jones. MSNBC calls the the bronze Vegas-strip tribute statue one of the “World’s Top 10 Good Luck Monuments.” The story of how this image became iconic is filled with controversy that started in 1994 when Las Vegas city officials sought to persuade the Riviera Hotel and Casino, the then home of Crazy Girls, to take down a billboard near City Hall. 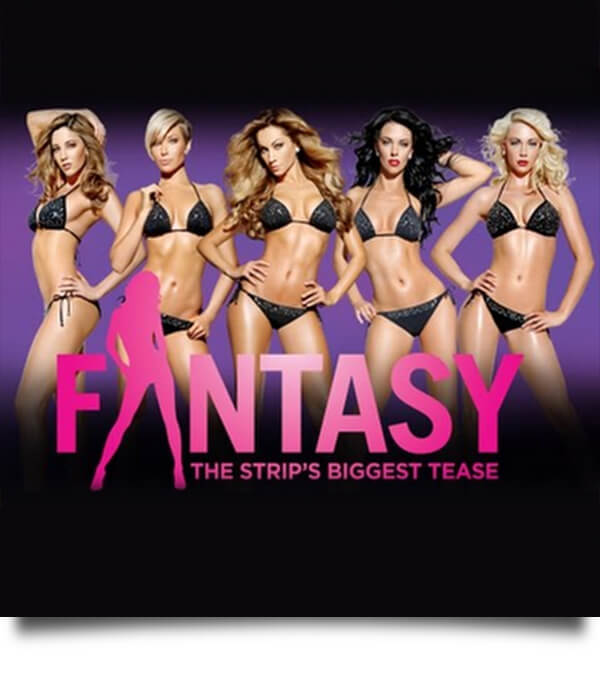 Celebrating 17 successful years on The Strip, FANTASY was named “Best Female Adult Show in Las Vegas” by InVegas in 2016, received the silver award for “Best Female Revue” in the 2016 Las Vegas Review-Journal’s “Best of Las Vegas” poll, “Best Showgirls” in the 2015 and 2012 Las Vegas Review-Journal’s “Best of Las Vegas” poll and a recipient of the Las Vegas Weekly “Best of Vegas 2014” awards. Dynamic lead singer Lorena Peril adds an exciting and unforgettable element with amazing powerhouse vocals, taking center-stage alongside a talented cast of beautiful dancers. Popular among singles and couples alike, the sexy production showcases 15 high-energy numbers set to a variety of today’s top music genres. While the gorgeous dancers lure guests into their wildest fantasies, comic relief Sean E. Cooper keeps audiences on its toes with his spot-on impressions of some of pop culture’s most recognizable personalities. 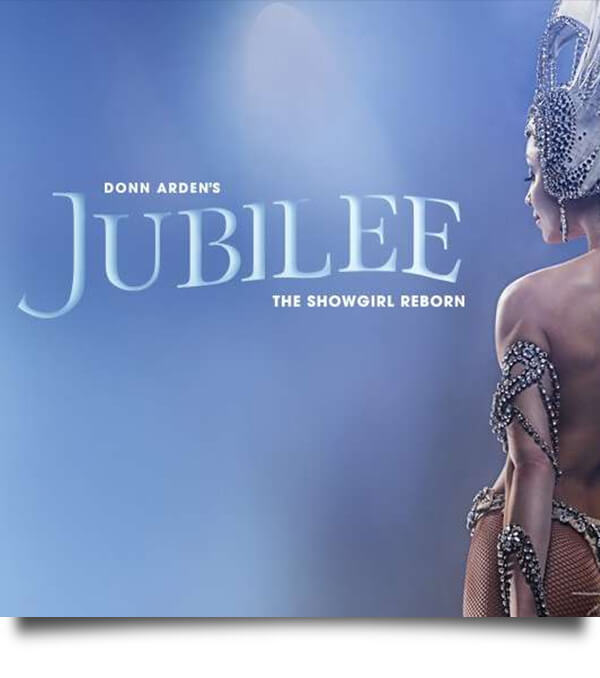 Relive the classic glitz and glamour of old-school Las Vegas with a fresh new production on the Strip when you head to Bally’s to see Jubilee! Donn Arden’s creation has been lovingly refreshed by Frank Gatson Jr., who happens to be none other than the creative director for Beyoncé. His take on the classic Las Vegas show has nearly 100 showgirls and showboys kicking and dancing their way through this 95-minute extravaganza. But the new production goes big with the numbers like sinking the Titanic… an exact replica of the infamous ship, mind you. Plus, an over-the-top number about Samson and Delilah that will have you remember everything you love about this show and more with tickets from ShowTickets.com. 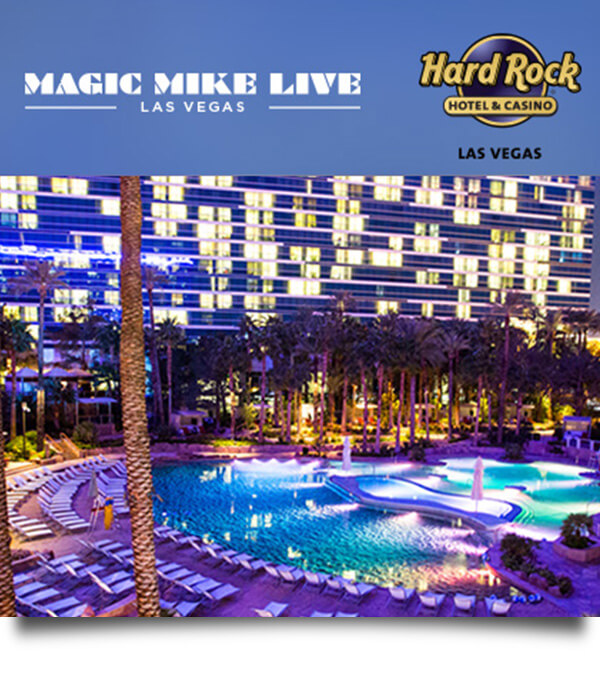 MAGIC MIKE LIVE LAS VEGAS is an all-new, first-class entertainment experience based on the hit films “Magic Mike” and “Magic Mike XXL”. The show will recreate the mythical Club Domina as a cabaret nightclub space inside the Hard Rock Hotel that is being fully redesigned to capture the magnetism of the Magic Mike franchise. The state of the art venue is designed with the capabilities to house a show that features thirteen of the hottest and most talented men in the country performing in front of, behind, above and all around the audience. Conceived by Channing Tatum and co-directed by Tatum and film franchise choreographer Alison Faulk, the show features sexy and daring themed dance and strip routines punctuated by one of a kind acts from a wildly diverse cast of performers. MAGIC MIKE LIVE LAS VEGAS is a sizzling 360 degree dance and acrobatic strip tease spectacular guaranteed to bring on the heat. 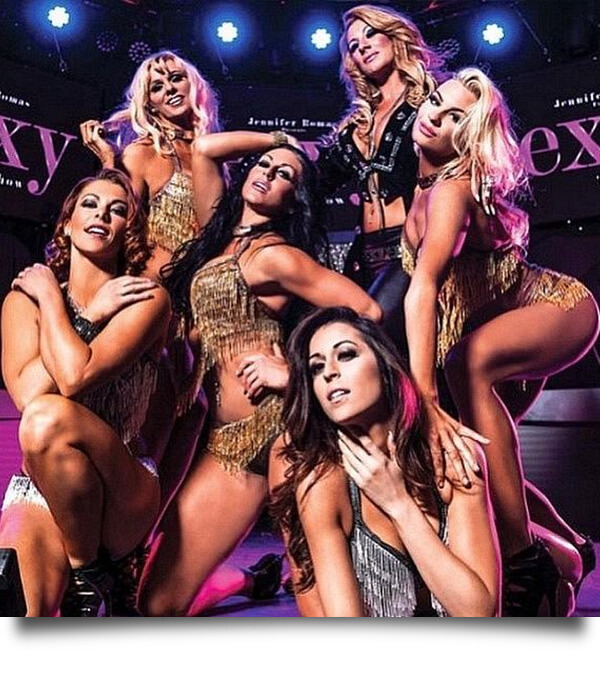 Jennifer Romas, the solo dancer in Purple Reign: The Prince Tribute Show impressed the owner of The Westgate Las Vegas with her white-hot moves and cutting edge choreography so much that he decided to give her a showcase of her own. Romas was up for the challenge and created Sexxy, a sensual and steamy topless revue at The Westgate’s Shimmer Cabaret featuring a cast of some of the most gorgeous women in Las Vegas. 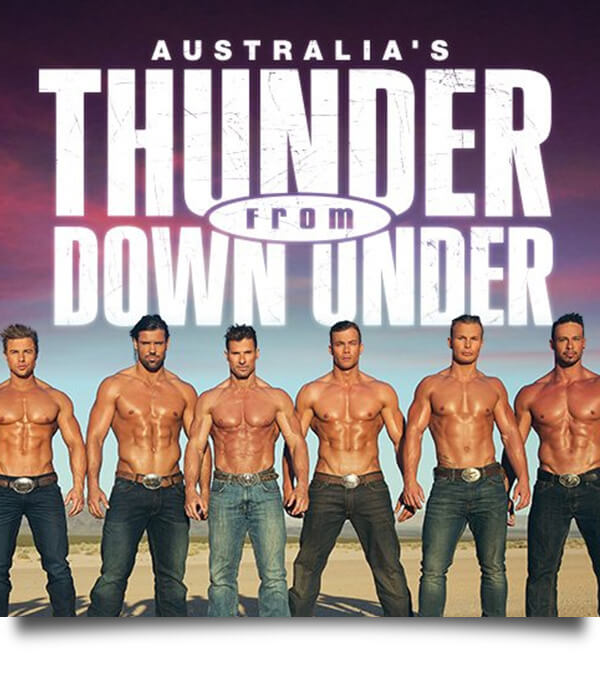 Thunder From Down Under

The PERFECT Girls’ Night Outback! Australia’s HOTTEST Export – Thunder From Down Under – hits an intimate Vegas stage every night of the week showing off chiseled bodies, seductive dance routines, cheeky humor and boy-next-door charm that you won’t be able to resist! Each sexy performer embodies a different female fantasy and brings it to life, turning your wildest dreams into reality. This isn’t the type of show you just sit and watch – Thunder is a fully interactive experience. 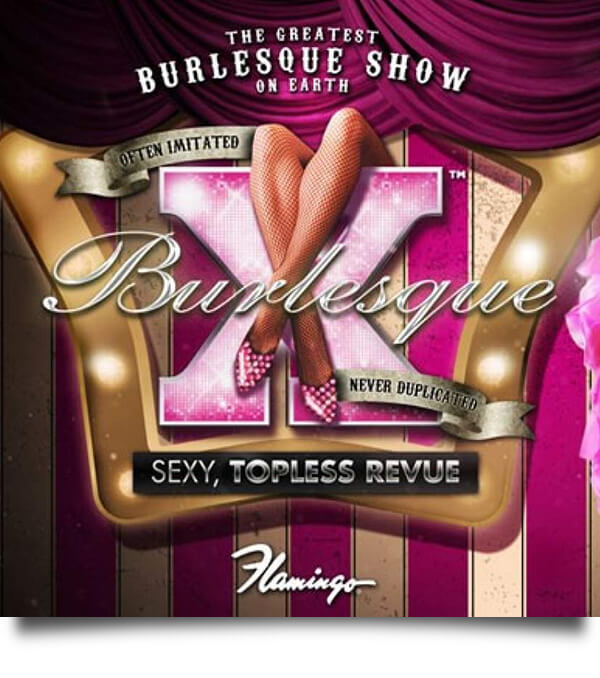 Provocative, daring and scintillating, X Burlesque brings adult fantasies to the stage in a bubbly production show led by a troupe of gorgeous dancers. Running as the city’s hottest topless revue for more than a decade, the X Burlesque beauties bare their assets all while playfully interacting with the audience. 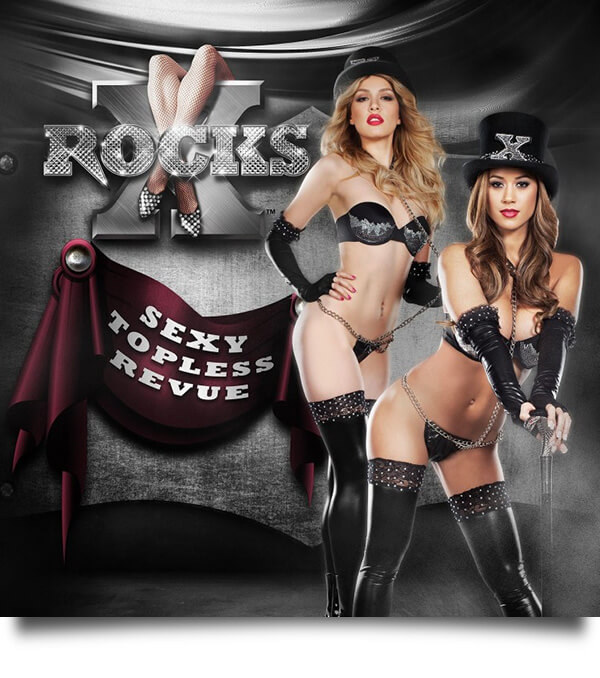 The minds behind the popular topless revue “X Burlesque” have unveiled the new sexy topless revue “X Rocks.” Husband-and-wife team Matt and Angela Stabile have created and produced striptease spectaculars on the Strip for the past 12 years. X Rocks moves to an iconic rock sound track. The show also features the comedy of John Bizarre (as seen on the Tonight show and Conan O’Brien). 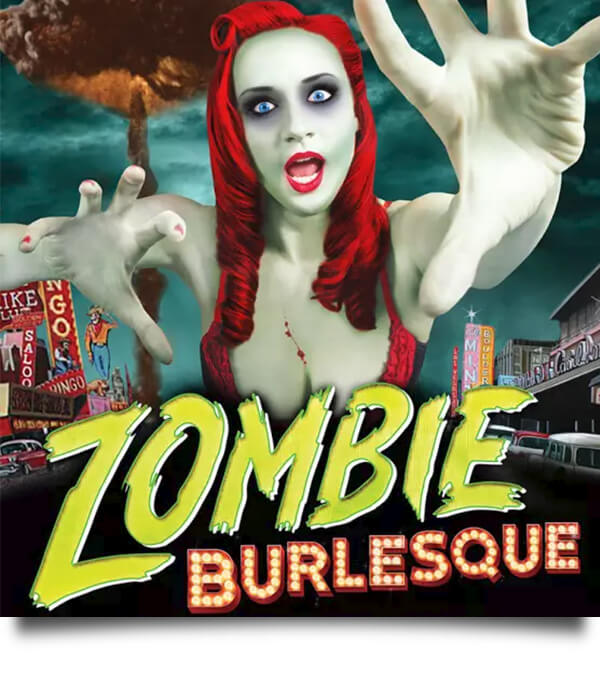 Zombie Burlesque takes you back to the year 1958 in a world where the undead have taken over! Our story takes place shortly after the President of The United States struck a deal with the invading Zombie hordes to allow the living and the dead to coexist. In exchange for peace, civilization promised to give the undead their worst prisoners, and so far the deal has held up better than they had expected. In an act of good faith, the zombies have opened up the doors to the most debaucherous club in the world of the undead. That’s right! Club Z is now open to the living, and we promise no harm to anyone.